Revision of Core Competencies in Human Factors and Ergonomics 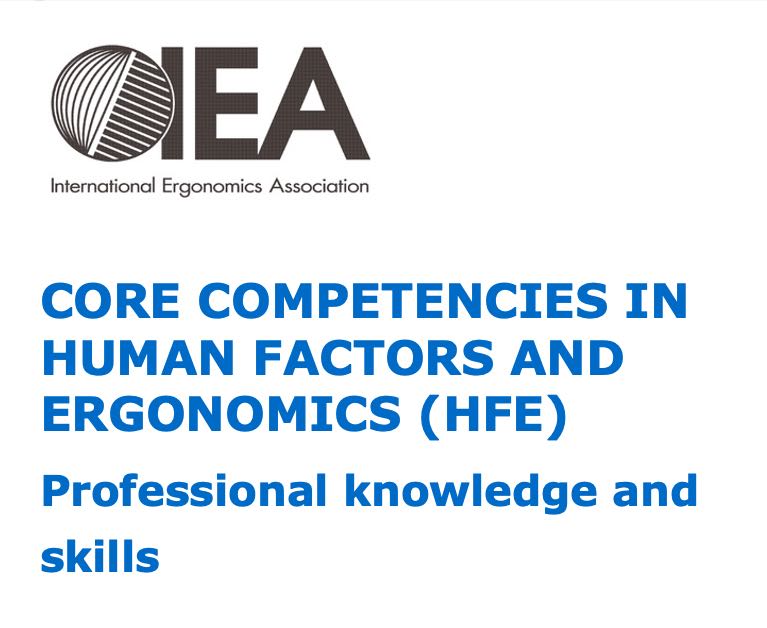 IEA has published a new version of “Core Competencies in Human Factors and Ergonomics.”

This revision of the IEA Core Competencies was commenced in 2017 following an update of all the other IEA documents relating to professional certification. The first phase involved communication with some of the original authors and informal discussions at various IEA council meetings about what needed to be done. This resulted in a first draft, in Excel format, which was circulated to all of the IEA endorsed or recognised certification bodies and a selection of educators chosen for experience, knowledge of IEA requirements and geographical location. It was important to the authors that the viewpoint of as many regions as possible should be obtained. A second draft was produced to include this feedback and the result was presented in a special session at IEA2018. Feedback from this meeting was put into the final stage of the review where the body of the competencies were incorporated into a document with explanatory text, examples of implementation and a glossary. A final review was done by the members of the IEA executive.

Re-placing of the IEA Foundation Plaque

Webinar:Sitting and Standing at work

Ergonomics in Design for all Virtual Event